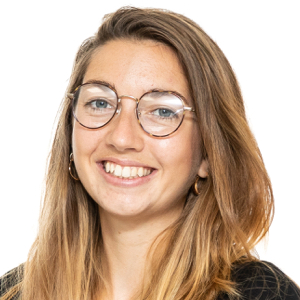 The Travel Chapter’s flagship brand, holidaycottages.co.uk, is proud to champion all that is special about the UK’s natural environment, with over 6,000 holiday cottages in some of the country’s most beautiful locations. This year, the company will be supporting Ocean Revival in order to help protect precious landscapes and vital habitats for wildlife.

As an island nation, one particular environmental problem the UK faces is plastic pollution, particularly in the seas. This is why holidaycottages.co.uk is proud to sponsor Ocean Revival 2020 – a group of four former serving Royal Marine Commandos who will row across the North Atlantic Ocean in order to raise awareness of the fight against plastic in our oceans.

The four-man team – made up of Matt Mason, Joel McGlynn, Dom Rogers and Ian Clinton – will be attempting the extremely arduous 3,700-mile crossing later this year. Not only are they attempting a route which has never been completed before and is deemed one of the most dangerous routes possible, across an ocean which has taken six rowers’ lives in similar attempts, but they have set themselves the challenge of becoming the fastest four-man conventional rowing boat to row the North Atlantic, the fastest ocean rowing boat to row the length of the English Channel, and the furthest distance rowed in 24 hours by an ocean rowing boat.

Matt Mason visited the holidaycottages.co.uk office to showcase the team’s boat - a Rossiter 2 Pure Class Ocean Rowing Boat which has previously crossed the Indian Ocean – bearing the holidaycottages.co.uk logo on the oars. Matt outlined the conditions they will have to endure on the 70-day crossing, and showed a video produced by Plastic Oceans UK. The video brought to life the extent of the huge problems we’re facing and gave us an insight into the reasons why they’ve decided to take on such a challenging mission. He also helped the team to visualise the stats on plastic with an interactive session, with the aid of a bag of plastic rubbish.

Matt said: 'It is amazing to have holidaycottages.co.uk supporting our North Atlantic Ocean row. The company has been working incredibly hard to create a more sustainable business model and it is a natural fit to align our values of reducing plastic waste with theirs. They are a great company with a really positive vibe, and we are excited with working more closely with them.”

If you would like to read more about the mission, visit the Ocean Revival 2020 website. Or, to donate to this incredible cause, visit the team’s JustGiving pages here and here.